Week of Pavlina Chakarova at Modern Art Gallery in Sofia 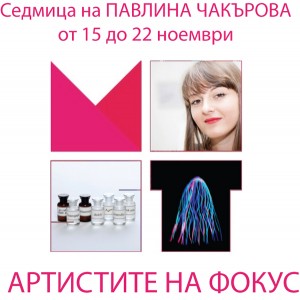 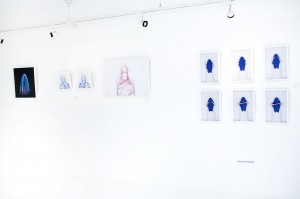 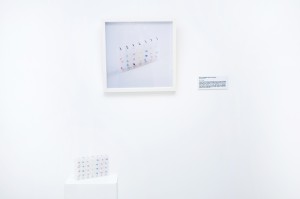 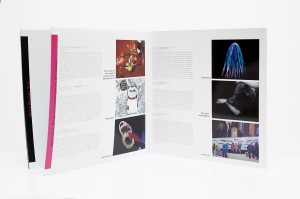 Pavlina Chakarova (b. 1979) is a visual artist based in Sofia, Bulgaria. She graduated from Sofia University “St. Kliment Ohridski” in 2002 with a degree in German Philology and went on to study BFA with a Major in Photography. She has been exhibited nationally and internationally and has been featured in a number of online and print publications. Her photographs have been shown at the SOFIA ARSENAL – MUSEUM FOR CONTEMPORARY ART (SAMSA) and her work became part of the permanent collection of the Art Colony Galichnik in Macedonia. Recently Pavlina has been nominated for MOST price for Contemporary Bulgarian Art. Pavlina works as a photographer and photo editor and is active mainly in the field of photographs, installations and objects. In 2009 she presented her first solo exhibition “Dream” – photographic installation that reflects together the ongoing time and the eternity – a “game between reality, associations and staging.” In her works she examines the problems of the identity, communication and the interaction between people, refracted through the prism of the subjective and personal sense of symbolism and “aura” of given color. The metaphysical nature is the basis on which the idea for the “Self-portraits” series /pigment print on Hahnemühle Photo Rag Baryta/, developed and rationalized through the usage and decomposition of various colors. She says “In my project I’m working with the colors of my own biofield captured with an aura camera. I believe they represent my state of mind and my personality.” For the author the idea and the creation of “Self-Portraits” is a meditation, it’s a way of self-awareness and natural transition through different influences and concepts that explore similar issues. The image in her photographs has sign character impact and possesses profound suggestiveness. The choice of a given color and the message it directs, interacting with different shapes and volumes is the essence of the accent on which Pavlina Chakarova focuses. “Self-concept”, “Attached”, “Kindred spirits” are synthesized image of her inner world through expressive use of the color and its impact on the viewer. The “Self-abstractions” images picture the movement as a universal means of expression and the horoscope as vehicle of cosmic energies and a modification of the contemporary dance. They examine the transformation of the speech into body movements and its postpeception through non-verbal gestures, interpreted as an act of self-awareness. The objects “Box to increase the level of happiness”, “Super water” and “2012” are like reaching out for another reality and associative perception of colors. They offers an alternative method for achieving an inner harmony. Definitely that what makes the impact is complete is the interaction between colors and shapes and their organic location in space. In her self-portraits, Pavlina uses the expression of color, loaded with deep meanings, associations and perceptions. Each piece of her work has its own sign character. For her, it is of great importance to examine these relationships and their hidden spiritual nature. The visual works that she creates are her very personal sense of freedom, exchange and communication in the world around us.