Concerning the Abstraction in Photography 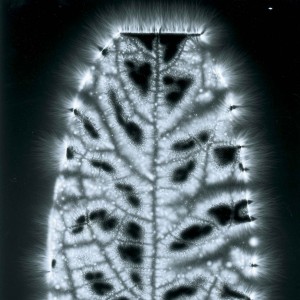 In 1836, almost century before Kandinsky’s key to the abstract artist book “Concerning the spiritual in art” the American philosopher and writer Ralph Waldo Emerson displays his non traditional metaphysical views in his essay on “Nature”. For Emerson the world is more than what people perceive trough their senses. He believes that the human soul is related to a bigger and more comprehensive mind, called “Super soul”, understandable only by studying nature. According to him there are things that could be reached through higher levels of human consciousness, which could be obtained by intuitive knowledge.

Along with the philosophical doctrine of Emerson the world welcomes the invention of the first picture camera. In 1839, the French artist Louis Daguerre develops a practical method of photography. His discovery makes possible the recording and developing of latent images onto a surface – a chemical and physical process which gives nature the power  to reproduce  herself on paper.

Emerson identifies in that new discovery a potential for something more than just documentation. Daguerre’s invention for him is not just one  analogy of nature, it’s a media capable of recording and recalling impressions and leaving long lasting traces. He sees the photographic plates as an expressive reproduction of nature, which set up an open dialoque between author and viewer in the form of aesthetic transcendental meditation.

The parallel with the abstract artist’s movement at the beginning of the 20th century is inevitable. Compared to Kandinsky’s ideas we witness here the same approach for reproducing the invisible emotions in the visible world through forms of nature. The photographers’s interest in the philosophy of Emerson and Kandinsky turns out to be huge. It begins to stand out vividly in the works of wide range of artists such as Alfred Stieglitz, Ansel Adams and Aaron Siskind and leaves remarkable traces in the history of photography.

Stieglitz “Equivalents” series are some of the first completely abstract photographic works of art. They are generally recognized as the first photographs intended to free the subject matter from literal interpretation – a bold and innovative approach to reality than. The project consists of 220 black and white images of clouds in the sky. He puts down his philosophy of life, focusing on organic, sensual, and abstract forms in nature and on the feeling that the cloud formation evokes. They function evocatively, like music, and express his desire to leave behind the physical world. “Equivalents” are also the first photographs acquired as part of permanent collection from the Museum of Fine Arts in Boston.

Stieglitz becomes leader of avant-garde art in New York.  His “291” gallery was known as one of the only places in New York where one could see the latest developments in modern art. Many of the century’s leading figures, such as Paul Cézanne, Henri Matisse, and Pablo Picasso, had their first exhibitions in the United Statesthere. Stieglitz is also the first to publish translated portions of Kandinsky’s “On the Spiritual in Art” (1912) in his photo magazine “Camera work”. A curious fact is that Stieglitz’s a life partner at that time is the artist Georgia O’Keefe. She is follower of Kandinsky and revolutionized the tradition of flower painting by making large-format canvases of enlarged blossoms, presenting them close up as if seen through a magnifying lens. His second “Intimate Gallery” is Alfred Stieglitz’s venture dedicated solely to American modern art. Its concept overlaps with his faith in the power of art to catalyze a spiritual enlightenment.

In 1936, Stieglitz agreed to show Ansel Adam’s work in his gallery. He admits later that Stieglitz’s photographs had a profound influence on him. Adam’s father was heavily influenced by Ralph Waldo Emerson’s writings and he transmitted to young Ansel the idea of direct union with God in nature. Adam’s deep emotional contact with the natural world is tangible in all of his body of works. Adams is a devoted activist for the cause of wilderness and the environment. Over the years he attends innumerable meetings and wrights thousands of letters in support of his conservation philosophy to newspaper editors, government bureaucrats, and politicians. However, his great influence cames from his photography. His images are the symbols of wild America. Through his photographs Adam seeks to express the spiritual connection between the earth and its inhabitants in the hopes of convincing others of the necessity of preserving National Parks. Using the art form of photography he gives an expression to his inner life. To that innermost feeling, which needs no explanation, because it’s intuitively tangible and which Kandinsky calls “inner necessity”. The works of the Zone system founder become a powerful tool of self-expression and communication, which turns the photography art more than a documentary medium.

In 1952 Miner White together with Ansel Adams co-founds the influential magazine “Aperture”. For him the interaction with art is a deep meditative act possible only through ignoring the subject matter. This is how the ordinary objects transforms to something extraordinary and spiritual. This is the way he wants his photographs of barns, doorways, or simple paint peeling on a wall to be considert, as symbols of his personal emotions. Later the fate meets him with Walter Chappell and together they publish a series of articles in “Aperture” on reading the hidden meaning of things through photographs.

Like Jackson Pollock, Walter Chapell draws inspiration from the Native American ceremonies that evoke his love to nature. He becomes famous with his “Metaflora” images – photographs showing the aura of plants and revealing their invisible life force. They are realized without a camera in total darkness using the Kirlian photography method. The aura image is a type of photogram made with electricity. The first aura photo is taken by Nicola Tesla in 1891 and later expanded on his work through the development of Kirlian photography in 1939 by Russian researchers  Semion and Valentina Kirlian.  This is a method which captures the emanation of energy fields generated by living entities and an experiment in evidence of the organic filed around every living organism.

During the early 60’s, Wynn Bullock produces a major body of work that he refers to as “Color Light Abstractions”- one of the rare photographic projects in colour at that time. He is also one of the first photographers who uses the colour as a visual language to expresses his states of mind. His intuitive photographs reflect of his deep philosophical nature. For him they represent an in-depth exploration of light, manifesting his belief that light is the most profound truth in the universe. The photographic media reproduce nature through light. The term photography comes from the Greek word “phos”, “photos” - light and “graphos” – writing and literally means painting with light. Like sound, light exists everywhere and provides an unlimited means of creative expression. It is a vibration that affects us both physically and psychically. For his images he uses coloured glass, water surfaces and cellophane to decompose the light and to express of his feelings.

Similat to Bullock, Ralph Metayard experiments with luminescent, broken reflections in water for his project ”Light on Water”. His conceptual bodies of work retain him place of honor among artists exploring the possibilities of abstraction in photography. The “Zen Twigs” of Metayard are mysterious forms of tree branches photographed close-up with a low depth of field. The organic shapes in the “No-Focus” series appear blurry and go beyond the notion of the traditional, photographic portrait and stand very close to the style of abstract paintings. This is perhaps the further evidence that places the new-found photographic art among the means of meditative artistic expression.